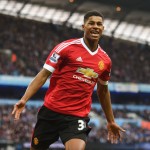 Reports have emerged claiming that the battle to represent Manchester United whizkid Marcus Rashford rumbles on.

The Sun says Jorge Mendes, the super-agent behind Jose Mourinho, is locked in a battle to secure the signature of Rashford.

Mendes, who has a position of trust and power within Old Trafford, is desperately hoping to persuade the 18-year-old prodigy to join his stable of football stars.

But he faces a battle with Paul Stretford, the man behind Wayne Rooney, and a host of other top agents to convince Rashford to pass over control of his career to him.

American music star Jay Z has also sounded out the youngster, who is currently represented by his brother Dwaine Maynard, to sign up to his Roc Nation Sports outfit.