It has been reported that Swansea City defender Federico Fernandez expects Argentina teammate Angel di Maria to be a big success at Manchester United. 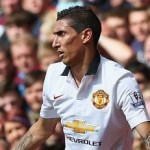 Fernandez has been in touch with Argentina team mate Di Maria to wish him well after his transfer to Manchester United.

And he expects the pacey midfield man to justify his British record fee.

Fernandez said: “I think Di Maria is a really good player, he could play in any League of football in the world, and for the Premier League he will be really good.

“He is a really fast player and he will fit into the pace of it really well.

“Manchester United need him right now. Is he worth every penny of £60m? Yes, today we pay a lot for players, but he came from Real Madrid so he is worth a lot of money.”