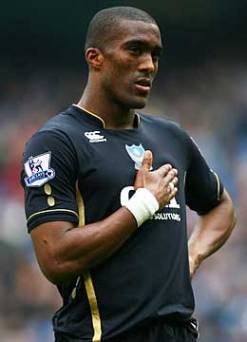 More transfer news are out and it has been reported that Everton have agreed a deal to sign central defender Sylvain Distin from Portsmouth, and the player is set to have a medical with the Goodison Park club.

The fee involved has not been disclosed, but it is believed that the 31-year-old Distin has agreed a three-year contract and will sign with Everton providing he passes his medical.

Everton chief executive Robert Elstone told www.evertonfc.com that after Sylvain made it clear his preferred destination was Goodison, the chairman, Bill Kenwright moved quickly to finalise the deal and Sylvain is now on his way to Merseyside to undergo a medical.

Toffees boss David Moyes is armed with funds after selling Joleon Lescott to Manchester City for £22million, and Distin will be effectively a like-for-like replacement.