Terry Accuses Klasnic For Spitting At Him

England captain John Terry accused Bolton forward Ivan Klasnic of spitting at him during the Wembley demolition of Croatia that sealed a place at the World Cup.

Klasnic, who is on loan at the Reebok Stadium from French club Nantes, was a 73rd-minute substitute for Eduardo, who had scored the consolation in the 5-1 victory for England.

Terry told reporters that it is not a nice situation and that Klasnic came on frustrated. Terry also said that Klasnic is the first ever person to have spat at him.

Terry also added that it is one of those things and he didn’t want that incident to ruin the massive night for the England team.

Frank Lampard and Steven Gerrard both scored twice and Wayne Rooney grabbed another for Fabio Capello’s men, who have now reached next year’s tournament in South Africa. 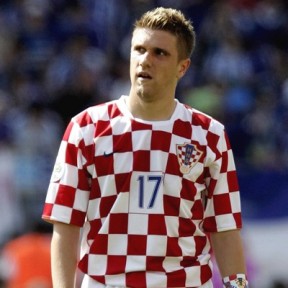