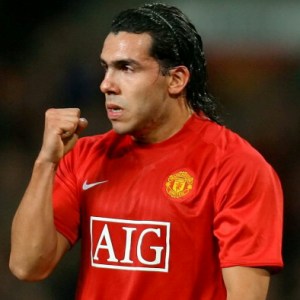 Latest transfer news from the Premier League is out and it has been reported that talks will begin with all interested parties hoping to sign Carlos Tevez on Monday and Tuesday.

It is believed that representatives of the Argentina striker will hold discussions with four clubs in the Premier League including Manchester United, Manchester City, Liverpool and Chelsea.

The reports also suggested that one club in Italy and one in Spain are interested, although the Primera Liga side is not thought to be Real Madrid.

It is understood that Tevez himself will announce that he would prefer to stay in the Premier League.

The 25-year-old joined United on loan in 2007, but that deal expires at the end of June and speculation has suggested that the forward is ready to turn his back on Old Trafford.

It is believed that Tevez could view Manchester City as his preferred destination, with rumour suggesting the Eastlands outfit are prepared to offer a deal worth in the region of £140,000-a-week.