The Football Association To Compensate Liverpool Over Gerrard Injury 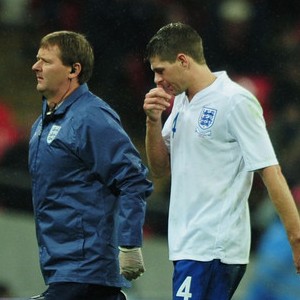 The Football Association is set to cool down the row over Steven Gerrard by compensating Liverpool for the midfielder’s hamstring injury.

The England ace has been sidelined for a month after picking up the problem during England’s disappointing 2-1 friendly loss to France on Wednesday.

The injury provoked a furious response from Liverpool, with the club’s medical staff making their displeasure known on Twitter.

However England boss Fabio Capello refused to take any blame for the injury, saying on Thursday: “I will speak with him (Roy Hodgson). But to explain what?

“Afterwards he will be either happy or not happy. I know this because Steven is a really important player. But injuries can happen. We were trying to win the game, he is really important and we had a lot of injuries in midfield. That is why he stayed on the pitch.”

Despite Capello’s defence of England’s position, Liverpool are expected to scoop a figure in the region of £500,000 from an insurance scheme set up by the FA.

Roy Hodgson said in his press conference on Friday that he was “a little bit angry” about the injury.

“As Liverpool manager I am frustrated and disappointed to lose such an important player for such a long period of time,” Hodgson said.

“Anything I say – other than I am disappointed and even a little bit angry about it – would be dishonest, but I know Steven, as an important player for club and country, is keen to put a tin lid on the matter.

“He is disappointed and sad too but he is going to do everything he can to get back to fitness as quickly as possible.” 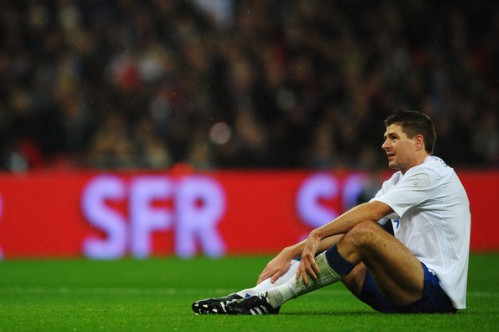 
Iniesta Wants To End His Career With Barcelona