The Major Differences Between MLS Soccer and the EPL 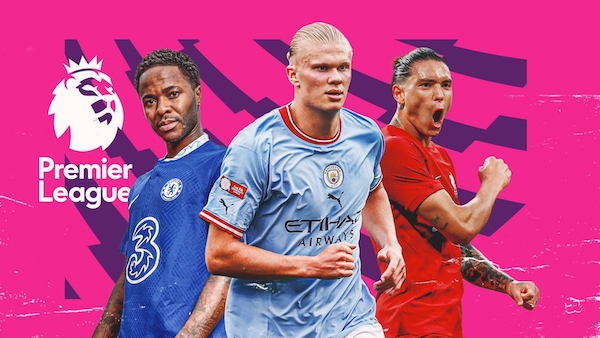 If you’re comparing the two top-tier soccer leagues, there are a few key differences between MLS and the EPL. MLS is more competitive and offers a more difficult set of rules. While the EPL is much more popular with fans, MLS is more attractive to young soccer players. Betting on both sports is widely available and easy to do, but the EPL is more commonly wagered on. Most betting sites allow betting on both, with promos such as the Caesars Promo Code available on both sites.

Relegation and promotion are two key components of English soccer, determining which teams will compete in the top flight each season and which will drop to a lower league. These processes often have dramatic effects on the fortunes of teams and their fans, as lower-division clubs can rise up to play against the best teams in the world if they succeed in winning promotions. Clubs often take drastic action in order to improve their chances of bouncing back into the top flight, such as rebranding or restructuring their organization.

However, success is never guaranteed, and many newly-promoted teams struggle to stay up in the EPL against much stronger competition. Regardless of whether they are big names like Manchester United or relatively obscure sides like Burnley FC, all EPL clubs must play under this system and must accept its inherent risks and rewards. Through careful management and solid performance on the pitch, any club can find success in England’s top division.

Conversely, MLS has no promotion or relegation. All teams that compete in the league are there of their own accord, and no one is ever at risk of being forced out or replaced. While this may seem like a more stable setup, it also means that there is little opportunity for teams to improve their fortunes by moving up through the ranks. This lack of dynamism can make it difficult for MLS to maintain interest among its fan base, as there is little chance for a Cinderella story to emerge.

The EPL operates on a 38-game format, with each team playing every other team twice over the course of the season. This balanced schedule ensures that every club has a fair opportunity to compete for the title, as every team will face every other team an equal number of times. In addition, the EPL employs a points system to determine which teams are crowned champions each year. Three points are awarded for a win, one point for a draw, and zero points for a loss.

At the end of the season, the team with the most points is declared the winner. This format has been in place since 1995 and has resulted in some very close title races over the years. In 2012, for example, Manchester City won the title on goal difference, as they finished with the same number of points as their rivals Manchester United but had scored more goals overall. 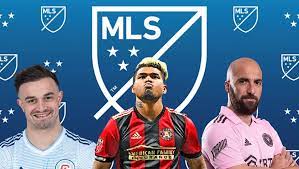 The MLS, on the other hand, uses a much different format for its season. The league is split into two conferences, the Eastern Conference and the Western Conference. Each conference has 11 teams, making for a total of 22 clubs in the MLS.

During the regular season, each team plays every other team in its conference twice, amounting to 34 games. They also play cross-conference rivals once, resulting in a total of 44 games. The conference winners are then determined, and the two teams with the best records overall, regardless of conference affiliation, face off in the MLS Cup, which is the equivalent of the EPL’s championship match.

The current format has been in place since 2011 and has resulted in some criticism from fans and pundits who argue that it is unfair to teams in the West, as they have to play more games against cross-conference rivals. In addition, some have argued that the balanced schedule does not provide enough excitement, as there are no marquee matchups between the best teams in the league until the MLS Cup.

While the EPL and MLS may both be professional soccer leagues, they differ in many ways. The most notable difference is the promotion and relegation system used by the EPL, which adds a level of excitement and unpredictability that is absent from the MLS. In addition, the two leagues have different formats for their seasons, with the EPL employing a 38-game schedule and the MLS using a 44-game format.

These differences can result in a very different experience for fans of the two leagues. The EPL’s promotion and relegation system ensures that there is always something at stake, even for the most dominant teams. This makes for a more exciting and unpredictable product on the field, which can be more captivating for fans. The MLS’s balanced schedule and conference system, on the other hand, may provide a more fair and evenly matched competition, but it lacks the same level of excitement as the EPL.

Which league is better is a matter of personal opinion. However, there is no doubt that the EPL and MLS offer two very different products, each with its own unique appeal.