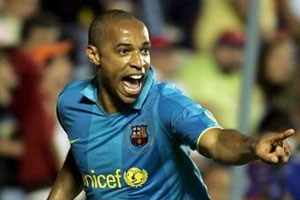 Barcelona and French international star Thierry Henry has revealed that he is considering a move to MLS club New York Red Bulls.

The former Arsenal striker has been linked with a move to the USA and New York has been widely tipped to be his destination.

Despite interest from Premier League club Manchester City, the 32-year old Frenchman has his sights set on a fresh challenge in his career and Major League Soccer may be the place he decides to go to next.

Henry is rated as one of Arsenal’s greatest ever players and holds a raft of awards including the 1998 FIFA World Cup with France, the 2008-09 Champions League trophy with Barcelona, three FA Cups and two Premierships with Arsenal and is a member of English football’s Hall of Fame.