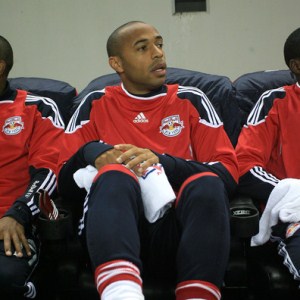 Thierry Henry has revealed that in order to be successful, New York Red Bulls just need time to gel and not more cash thrown at the squad.

The former Arsenal and Barcelona star said that throwing major money at a third designated player should not be the main objective of the offseason.

“It’s not about stars,” Henry told the New York Post.

“The teams are the stars. When you look at the semifinals, those are the teams that have played together for two, three years.

He added: “The only thing that can help me is being fresh and healthy.

“I’m not one to tell a team to get this guy or that guy.”