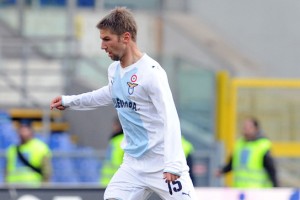 It has been reported that the former Aston Villa midfielder, now age 27, left Stuttgart in January to join Serie A side Lazio but has struggled to make his mark in Italy.

Now reports in Rome claim Spurs have already agreed a deal for the German, who can leave Lazio at the end of the season on a free transfer.

Hitzlsperger is thought to be keen on a return to English football after five seasons with Villa earlier in his career.

The Hammer is expected to be part of Germany boss Joachim Loew’s World Cup finals squad this summer.