Thomas Vermaelen Is The New Captain Of Belgium 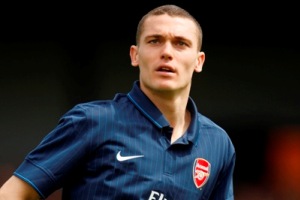 New Belgium coach Dick Advocaat has appointed Arsenal defender Thomas Vermaelen as the new captain ahead of the World Cup qualifier against Turkey.

However, Vermaelen eventually got the armband because of his relative young age and the fact that he was Ajax’s skipper before his summer move to the Gunners.