We are past the halfway point in the 2018-19 Premier League campaign and it has become clear which names will be in the running for the PFA Player of the Year award following their consistent performances for their club. Here are the three players we think have a fantastic claim to scoop the accolade at the end of the season.

Since transferring from Southampton 12 month ago for a world-record transfer fee for a defender, Virgil van Dijk has played an integral part in improving Liverpool’s defence. The Dutchman has been a commanding presence in Jurgen Klopp’s back four and is, without doubt, the standout defender so far in the 2018/19 campaign.
Liverpool have conceded fewer goals than any other team in the league, which has helped them hold onto the top spot in the table. England are set to come up against the Liverpool man at the UEFA Nations League in the summer in their semi-final clash with the Netherlands, where England are the 5/4 favourites the international football betting to win that game. If van Dijk continues to impress over the next few months, he could be the winner of the PFA Player of the Year by the time the Nations League resumes in Portugal. 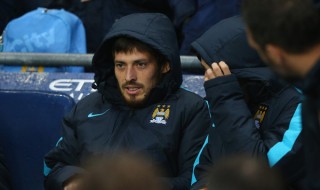 Manchester City’s David Silva has consistently produced the goods for his club since moving to England in 2010 from Valencia and despite being 33 years old now, the Spaniard is arguably on course for his best season to date. Silva has nine goals to his name in the campaign so far but his contribution to his team is much more than finding the back of the net.
With Kevin De Bruyne being out of the game for a sustained period through injury, Silva has picked up the mantle as being one of City’s most creative players and generally is part of everything they do well going forward. The Spain international can count himself unlucky not to have won the PFA Player of the Year award yet in his career but that could be put right at the end of the season, where he is certainly in contention.

No player since Cristiano Ronaldo in 2008 has won the PFA Player of the Year in back-to-back seasons, but 2018 winner Mo Salah has a fantastic opportunity to do just that. Alongside Harry Kane and Patrick Aubameyang, Salah leads the way in the goalscoring charts in the Premier League. After a quiet start to the campaign, the Egyptian is really playing his best football once again, making Liverpool a frightening proposition for any defence in the league.
Whatever happens over the next few months, Salah is proving he is not a one season wonder. The Liverpool forward scored 32 Premier League goals in the 2017/18 campaign, and he may struggle to top that tally this time around but he is certainly playing his part in trying to help Liverpool to their first league championship success since 1990.
It’s going to be exciting viewing from now until the end of the campaign to see which of the three players can remain consistent and do enough to earn the award for the Player of the Year for the 2018/19 season.