According to reports from the Toronto Sun, Tottenham striker Jermain Defoe is a target for MLS club Toronto FC. 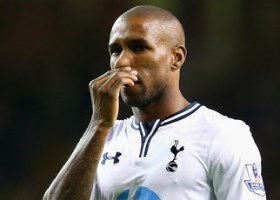 The 31-year old England international is being linked with a possible winter move to Canada where he could demand up to $5million a season.

It is said that Defoe is high on TFC head coach Ryan Nelsen’s offseason hitlist as his future at White Hart Lane again becomes murky.

TFC general manager Tim Bezbatchenko told the Toronto Sun that the Ontario club were targeting Europe as the destination where they will find their next designated player but failed to suggest whether or not the target was indeed Defoe.

“I think once you say Serie A and England and you look at the rosters of the teams, who’s doing well and who might have an interest looking at the age, I think people can surmise a certain list of players,” Bezbatchenko said.

“It is what it is. I’m not going to say whether it’s true or not.

Roberto Soldado Pleased To Be The Matchwinner Against Hull City