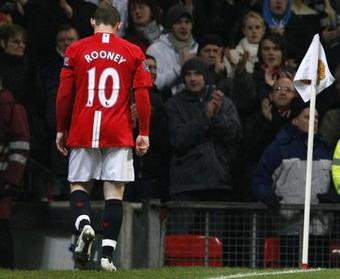 Sensational news are out and it has been reported that Spanish striker Fernando Torres has told Liverpool boss Rafa Benitez that the club needs a player like Wayne Rooney.

Liverpool striker Torres is convinced Manchester United ace Rooney was the difference between the teams last season as the Red Devils swept to a third successive Premier League title and Liverpool came up four points short in second place but Torres insists he should have been part of a title-winning team.

The 17-goal Spanish hotshot believes had Rooney or even Carlos Tevez was playing with him and Steven Gerrard, they would have added the much-needed aggression Benitez’s Anfield machine lacked.

United captured their 18th league crown to equal Liverpool’s record and Torres now fears their arch-rivals will increase their title haul unless Benitez signs someone with the genius of England ace Rooney.

Torres, now aged 25, said that the club lacked players like Rooney and Tevez who can drop back between the lines of attack and midfield and cause havoc for opposing defences and midfields.

He also added that Rooney and Tevez are the kind of footballers who pull defenders and holding midfielders into places they don’t want to be.