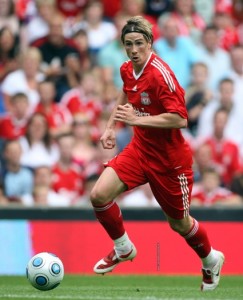 Interesting Premier League news are out and it has been reported that striker Fernando Torres has told Liverpool that he would happily stay at Liverpool for life.

The Spanish international striker has been a sensation since arriving at Anfield from Atletico Madrid two years ago.

Torres has been often linked with a return to his homeland but Torres has hinted he would like to extend his stay with the Reds, despite only signing an extension to his current deal in May.

The 25-year-old ace said that he does not think about going back to Spain now.

Torres also said that he might think about going back to Spain 10 years time but said that he is very happy with life and football in England.

He also said that he would like to play in England for a long time.

He added that he has have four more years of his current contract with Liverpool and that he is really happy to be with the club. 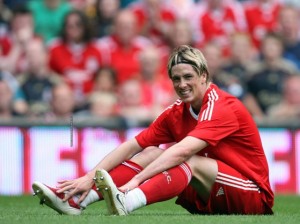