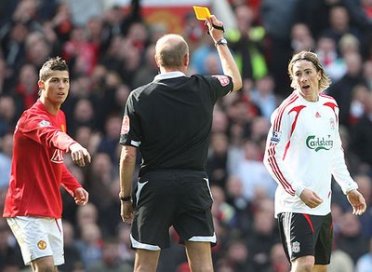 Liverpool striker Fernando Torres has declared that he wants to replace Cristiano Ronaldo as the Premier League’s top player.

The Spain striker, who has scored 50 goals in 84 games for Liverpool since signing from Atletico Madrid in the summer of 2007, believes that he can help end the Merseysiders’ 20-year wait for a league title and put the achievements of the Portuguese in the shade.

Torres told reporters that his ambition is to be seen in that same way as Cristiano Ronaldo was seen at Manchester United.

He also added that first the club have to win trophies and only then will people be able to speak the same way about Liverpool and him as they have done about Ronaldo and Manchester United.

Torres also added that the club is excited because this year can be the year for Liverpool but everyone knows how difficult it is going to be.

Ronaldo’s goals and all-round play was instrumental in Manchester United winning three league titles in a row but he has now joined Real Madrid in a world record £80million deal.