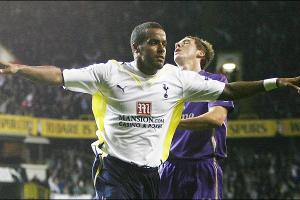 Tom Huddlestone and Robbie Keane got Tottenham dreaming of Carling Cup glory again after reaching the quarter-finals with a 2-0 victory over Everton at White Hart Lane.

Spurs reached the final of the competition in the last two seasons, winning it in 2008, and they are two ties from Wembley again after Huddlestone’s thunderbolt shot and Keane following up his own saved penalty.

They still needed saves from Heurelho Gomes at the start of each half to extend Everton’s run of matches without a win to five.


Samir Nasri Set To Return Against Liverpool In The Carling Cup