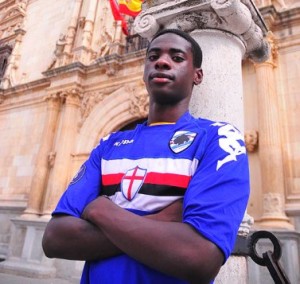 Interesting news are out and it is reported that Sampdoria’s Spanish teenage midfielder Pedro Mba Obiang has caught the attention of Premier League club Tottenham Hotspurs.

It is believed that the youngster has attracted interest from Juventus as well as the White Hart Lane club.