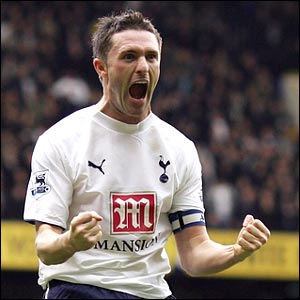 Interesting transfer news are out and it has been reported that striker Robbie Keane is on his way out of Tottenham with Scottish giants Celtic ready to pounce.

It is reported that Tottenham is willing to let the Irish international striker leave in January, despite his four goals against Burnley last weekend.

The Irish striker, now age 29, only returned to White Hart Lane after an unsuccessful stint at Liverpool. He joined Tottenham for the second time for a fee around £12m at the start of the year.

Even with his four goals against Burnley last weekend, statistics show that Keane has failed to score in 14 of 21 league games.

Cristiano Ronaldo Hopes To Recover In Time For Sevilla Clash