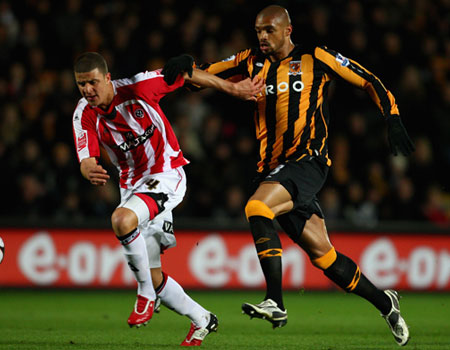 Interesting transfer news are out and it has been reported that Tottenham have completed the signings of defenders Kyle Naughton and Kyle Walker from Sheffield United and no transfer fee was disclosed for either of the England youth internationals.

He began the season as the regular right-back, but he can also play in midfield and eventually was moved to the left back position to accommodate his fellow United academy product Walker.

Naughton, a boyhood Blades fan, made his debut for the club in August, and went on to make 50 appearances for the club, earning recognition with a place in the PFA Championship Team of the Year.

Kyle Walker on the other hand is the less experienced of the pair. The 19-year-old broke into the team at the back end of the season, with the England Under-19 defender making seven appearances, including all three of United’s games in the Coca-Cola Championship play-offs.

Naughton had looked to be on the way to Everton when the Merseysiders agreed a fee with United last week, but Tottenham have succeeded with a late move by targeting both players.

It was confirmed on Wednesday evening that Walker will return to Sheffield United on loan as part of the deal with Tottenham.