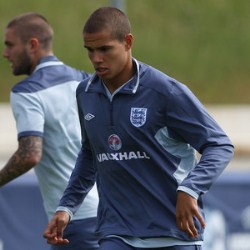 News of the World has reported that Premier League side Tottenham are preparing a £25m bid to sign Everton defender Jack Rodwell.

Newly crowned Premier League champions Manchester United had been favourites to sign the 20 year old defensive midfielder but were put-off by the high transfer fee demanded by the Toffees.

It is said that Tottenham boss Harry Redknapp is now seizing the moment for his move, although he faces competition from Premier League rivals Chelsea and Manchester City.