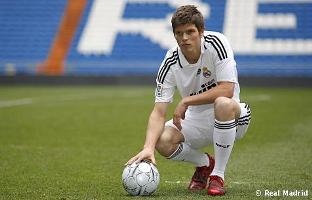 The Tottenham boss is said to be keen to land another striker this summer with Darren Bent expected to leave White Hart Lane.

And it is believed that Harry has set his sights on Dutch hitman Huntelaar who only joined Real in January.

Redknapp told reporters recently that Huntelaar is a very good goalscorer and that he is still very much interested in signing him.

However, Harry also said that he knows of Stuttgart’s interest and involvement but he is hoping that Tottenham will still be able to do something.

He also added that there are lots of talk about who he may or may not be after but reiterated that Huntelaar is the one he likes the most.