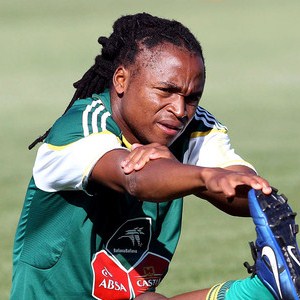 It is reported that the 26 year old wants to stay in South Africa until the end of the current season, in a bid to win the league with Soweto giants Kaizer Chiefs.

However, the left sided winger went on trial with the Championship side to try and earn himself a move to Europe.

Tshabalala told KickOff.com : “I am excited to have passed the trial, and will be looking forward to making a good start when I return here [Nottingham] in a few months time,”.

“I have never won the league title, and with God-willing I’d like to leave Chiefs with the memory of winning the Absa Premiership for the fans who have supported me throughout the years.”

He also said : “They asked to have a closer look at me and I don’t have a problem with that,” he said. “I know that there are other clubs who would’ve possibly signed me straight away but Nottingham Forest asked to have a look at me.”

Wenger : Fabregas Can Be The Captain Of Spain!