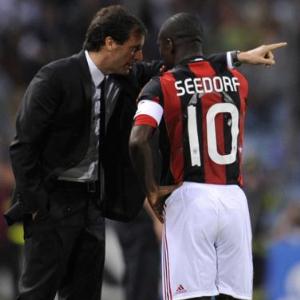 Udinese held out for a goalless draw against Serie A champions AC Milan to book a place in next season’s Champions League qualifiers.

Beginning the day two points ahead of Lazio, Udinese knew a point would see them through whatever the Rome side did at Lecce.

As it turned out, with Lazio winning 4-2, a point was exactly what they needed and got, though it could have been more as Antonio Di Natale, who finished the season as the league’s top scorer, hit the post and had a penalty saved, while Gokhan Inler also hit the woodwork.