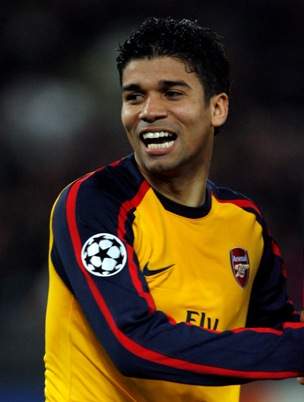 Eduardo was accused of taking a dive to win a penalty during Arsenal’s 3-1 Champions League win against Celtic at the Emirates last night and Smith wants UEFA to punish the Croatian, in the same way they dealt with Lithuania striker Saulius Mikoliunas, who cheated to earn a spot-kick against Scotland at Hampden Park two years ago.

Video evidence was used to sanction Mikoliunas, who was banned for two matches.

The SFA also recently applied that precedent to punish Rangers striker Kyle Lafferty, who feigned being headbutted by Aberdeen defender Charlie Mulgrew during a SPL game in May.

Smith told reporters that Eduardo is a terrific player who has battled back from a serious injury to resume playing at the highest level but his action last night showed disrespect to the game in winning a penalty against Celtic.