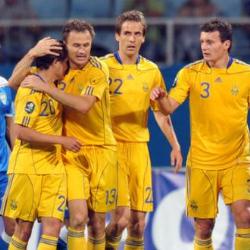 Euro 2012 co-host Ukraine scored twice in the second half to beat Uzbekistan 2-0 in a friendly international on Wednesday.

Ukraine, playing their first game since the return of coach Oleg Blokhin, were faster and more aggressive throughout the match.

Having led Ukraine to the World Cup 2006 quarter-finals, Blokhin was brought back as coach in April following a succession of short-term managers who all struggled.

Ukraine dominated the first half but failed to score and the deadlock was broken by midfielder Anatoliy Tymoshchuk following a headed pass from Oleh Husyev in the 55th minute.