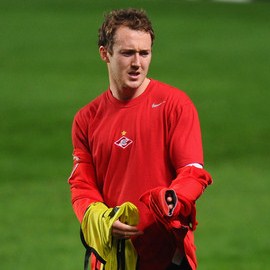 It has been revealed that Valencia are keeping tabs Spartak Moscow winger Aiden McGeady.

It is said that Los Che fear losing Juan Mata and Pablo Hernandez in the summer and are considering replacement signings.

Among those is former Celtic star McGeady, says Cadena Ser, who is now establishing himself as one of the most exciting talents in the Russian championship.

However it is said that Valencia will not move until they have sold either Mata or Hernandez as they do not have the funds available for an immediate deal for the Irishman.