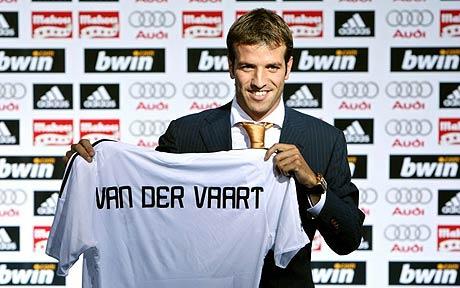 Real Madrid midfielder Rafael van der Vaart is expecting to leave the Spanish club after finding out that he is not in new coach Manuel Pellegrini’s plans for the coming season.

The Holland international only joined Real Madrid from German club Hamburg last summer, but has been deemed surplus to requirements following the big-money arrivals at the Bernabeu.

It is believed that Premier League club Chelsea have been linked with a bid for the midfielder, while former clubs Ajax and Hamburg are also reportedly keen.

Van der Vaart confirmed Pellegrini has told him he will be on the periphery this term and revealed Real want to recoup the 16m euros (£13.5m) paid to Hamburg 12 months ago.

It is now believed that the 26-year-old would be prepared to return to Hamburg and admits his priority is to find a club where he will play regular first-team football.

He told reporters that of course he is interested in HSV, but it’s not the only option for him and the most important thing is that he will get to play regularly at a new club.