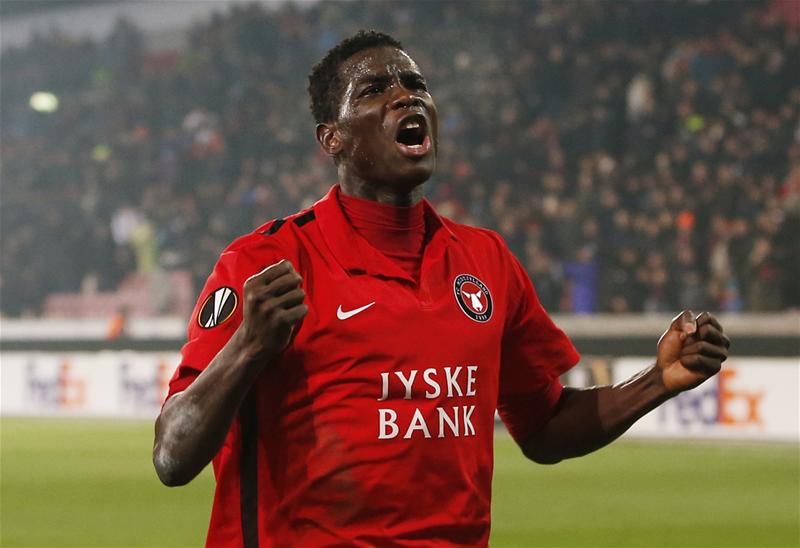 It has been revealed that Louis van Gaal admits his Manchester United side had a tough job in dealing with FC Midtjylland striker Paul Onuachu. 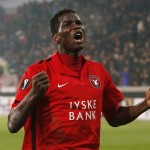 The 21-year-old Nigerian striker came off the bench to score the winner for the Danish side in their 2-1 come-from-behind triumph over United in the Europa League Round of 32 first leg in Herning.

After the match, van Gaal identified Onuachu as Midtjylland’s main threat and suggested that perhaps he could provide similar problems in the return bout at Old Trafford next week.

“We had a lot of difficulty with him and we have to cope better with that,” he said.

“Maybe he shall play at Old Trafford and we have to cope with that problem. We had a lot of problems with him, we had less with (Martin) Pusic.”

Auntie netted the winner in the 77th minute with a nonchalant side-footed finish from outside the area after wrestling possession back off Juan Mata following earlier goals from Memphis Depay and Pione Sisto.