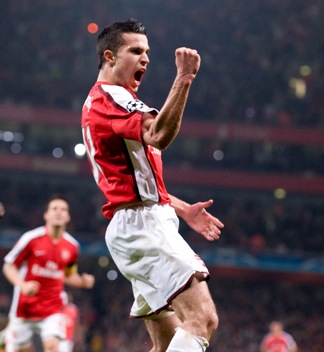 Arsenal and Dutch international striker Robin Van Persie has had a swipe at cash-rich Manchester City by insisting that money can’t buy them a team.

He also went on to say that at Arsenal, they would never buy a player who costs £40 or £50million and if one were to look at clubs who have spent that kind of money, they never play as a team.

Manchester City tried to buy Brazilian playmaker Kaka in a £100m deal and splashed more than £30m on Robinho but Van Persie is unimpressed saying that if a player thinks of himself as part of a group, then he will prepared to work hard for the results together.

Van Persie said that a £40m player will feel pressure as they will be judged more than another player who has come from the youth policy and that then the player will think in terms of an individual and not the team.

Van Persie reckons Gunners chief Arsene Wenger’s approach is proof that clubs do not have to fork out huge sums and added Arsenal have made a good start to the season and players like Alexandre Song, Denilson and Abou Diaby have responded.

He went on to say that the players are playing better because the manager believes in them.