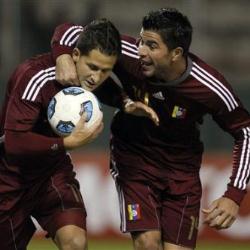 Venezuela secured only their third victory in the history of the Copa America and unexpectedly took charge of Group B by defeating Ecuador 1-0 in Salta.

Cesar Gonzalez struck a brilliant winner after 61 minutes to put Venezuela in pole position to qualify with four points from two games. Brazil and Paraguay have two points after their draw earlier on Saturday, while Ecuador now sit bottom with one.

Having held Brazil to a 0-0 draw in their opening match, the victory in Salta represented the continuation of an excellent Copa America campaign for Venezuela in Argentina, with Paraguay awaiting in their final group encounter.