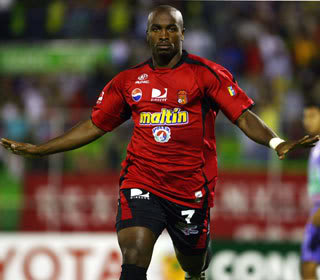 Transfer news from the MLS is out and it has been reported that Columbus Crew have signed Venezuelan international striker Emilio Renteria.

The 24- year old will be added to the club’s roster upon approval of his P-1 visa work permit.

Most recently, Renteria played for Caracas FC of the Venezuelan top flight from 2007-09.

Prior to that he competed in the Spanish second division with Levante UD from 2001-04. He then returned to his homeland to compete in the Venezuelan first division, first with Deportivo Italia then UA Maracaibo.

Crew technical director Brian Bliss was delighted to have finally signed their man and said that Emilio has been on the club’s radar for some time now and that they pleased to get him signed.

He also revealed that the player possesses good speed, quickness and long-range shooting ability and Columbus Crew is excited to incorporate him into the team.