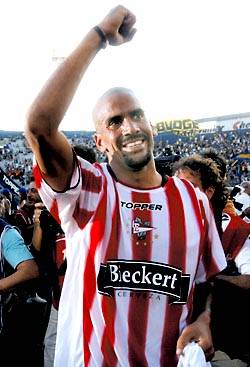 It has been reported that the captain of South American champions Estudiantes, Juan Sebastian Veron, has taken a 40 per cent pay cut in his new one-year contract to help fund the club’s junior teams.

The midfielder also called “The Witch” by fans said that he believes that it is the right gesture at a difficult time. He added that the money can go towards the kids, who are the ones that keep the club going.

A debt crisis in the Argentine game has forced the start of the season to be postponed and the player admitted that the moment has come to roll up one’s sleeves and work for the rest, especially those of us who had the chance to forge careers in Europe.