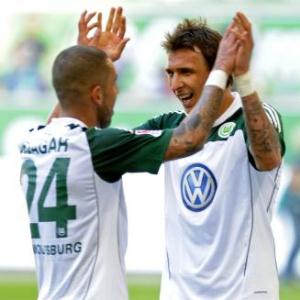 Mandzukic put the 16th-placed Wolves in the ascendancy with goals after 14 and 39 minutes at the Volkswagen Arena.

Sebastian Freis pulled one back for the visitors five minutes before the break, but substitute Dejagah netted twice in the second half to seal the three points.

After previously collecting just one win in their last 11 matches – and one in their last 10 at home – today’s triumph moved Wolfsburg two points behind Eintracht Frankfurt in the final position of safety.