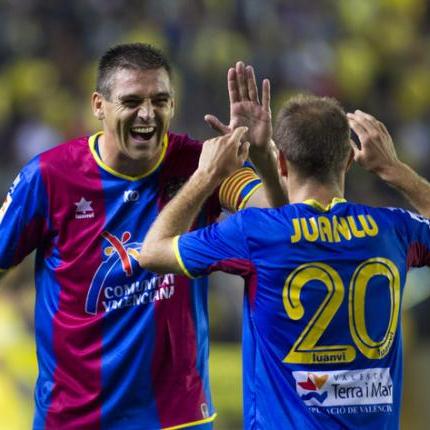 Levante moved a point clear of Real Madrid at the top of the Primera Division after an emphatic 3-0 victory at Villarreal, inspired by two goals from Juanlu.

The victory was their sixth in succession and sees them go clear of Jose Mourinho’s side and two points ahead of European champions Barcelona.

Juanlu scored his first in the 16th minute with a left-footed volley before doubling the lead with a cute backheel across the goalkeeper just before half-time.