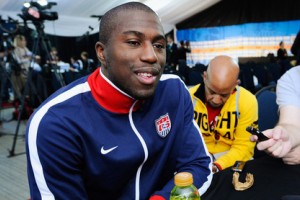 According to El Mediteranneo, Ajax put in an offer to take the 20-year old on loan but Villarreal officials are keen to sell him fully.

Altidore joined the El Madrigal club in 2008 from New York Red Bulls but has failed to gain regular first team football and has been subsequently loaned on two separate occasions in the past two seasons to Xerez and Hull City.