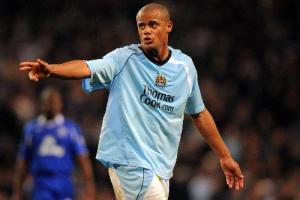 Great news for all Manchester City fans as Vincent Kompany has signed a new five-year contract with the club.

The 23-year-old versatile midfielder had already been contracted to the Eastlands club until 2012, but has pledged his long-term future.

Kompany made his first appearance of the season yesterday following injury as a second-half substitute in City’s 1-1 draw at Wigan.

The Belgium international denied he had ever thought about leaving the club following claims that European and Spanish champions FC Barcelona were interested in him.

Kompany joined Manchester City from Hamburg last summer for £6million and has established himself as a key member of Mark Hughes’ side.

Beckham Turned Down Arsenal And Liverpool