Roque Santa Cruz has been married to fellow Paraguayan Giselle Tavarelli since 2004, and were deemed so hot right now by the European press during the most recent World Cup: German magazine Kicker voted him the sexiest man of the tournament, and she was voted hottest WAG by the Spaniards at Hola.

If you were wondering whether footballers do the dirty with their team mates’ sisters, then wonder no more – Giselle’s brother, is Santa Cruz’s former Olimpia colleague Ricardo Tavarelli. 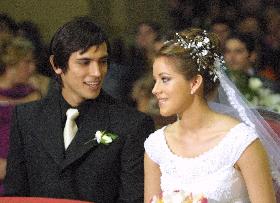 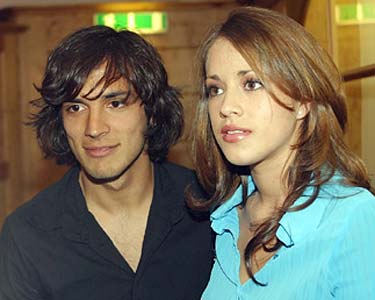 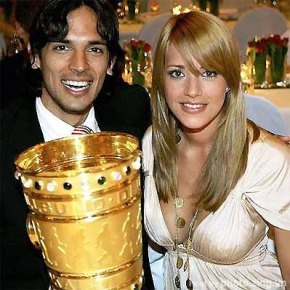 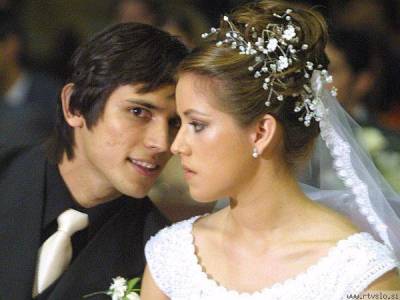 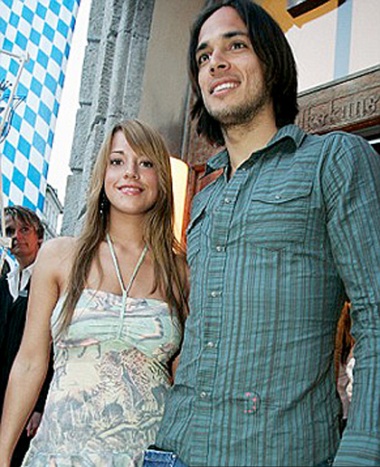