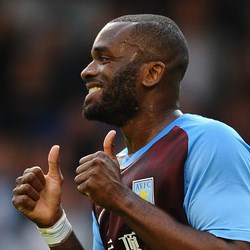 The England striker turned in a pass from Emile Heskey for Villa’s first and netted a second from close range after Richard Dunne headed on a corner, before Heskey made it 3-0 when Bent hit the post and the rebound fell his way.

Villa were cruising at half-time but could not add any further goals at the Banks’s Stadium, and the final scorer was the home side’s George Bowerman.

McLeish, who made the controversial switch from Birmingham last month, gave a debut to goalkeeper Shay Given after his arrival from Manchester City.