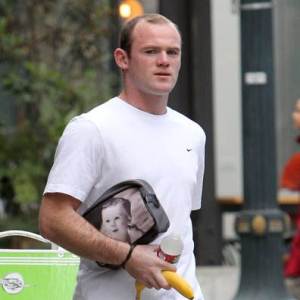 Reports are put claiming that troubled Manchester United striker Wayne Rooney is set to return to action for his club this weekend.

The 24-year old England international is back from a week-long stay in the US where he underwent an intensive fitness program in a bid to get him back up to scratch after being troubled by an ankle injury.

It was also a good chance for Rooney to get his head right after weeks of off-field turmoil after news of his extra-marital affairs with working girls was made public.

However reports suggest that the former Everton starlet is ready for action and is likely to play his first competitive match in over a month when United host Wigan on Saturday.

Red Devils boss Sir Alex Ferguson confirmed that things went well for Rooney on his sojourn away from England.

“We’ve achieved what we wanted to achieve.”

Who Will Be Sacked First? – Vote Now!