Reports are out claiming that Arsenal manager Arsene Wenger has revealed that the Gunners players were full of disappointment following the home defeat against Olympiakos. 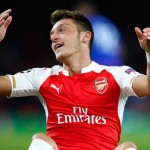 The Gunners lost their crucial Champions League game 3-2 to the Greek champions and now stand at the brink of elimination in the premier European club competition’s group stage.

Wenger said after the game: “We played four away games before tonight.

“We played Zagreb, Chelsea, Tottenham and then Leicester. Tonight is the first game at home.

“We are disappointed. Are you surprised? A disappointment is enough.”