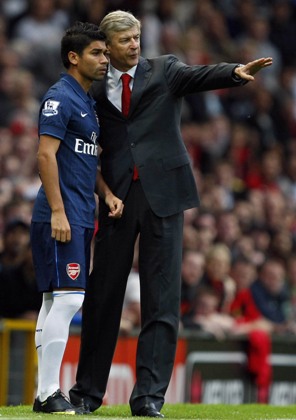 The Croatian international striker was booed by sections of the Wembley crowd during last night’s World Cup qualifier against England in which England secured a place in South Africa following a resounding 5-1 victory.

Eduardo is now facing a two-match European ban of which Arsenal are appealing after UEFA ruled the Brazil-born forward had “deceived the referee” when he was awarded a dubious spot-kick during the Champions League qualifier against Scottish side Celtic.

Arsene Wenger has been vocal about the whole issue and has already branded the saga as a “witch-hunt”, maintaining Eduardo has been unfairly singled out.

Wenger feels that the 26-year-old has been through much worse, having spent the best part of a year on the sidelines following a horrific broken leg injury.


United Would Be ‘Crazy’ To Pay Parents, Says Alex Ferguson