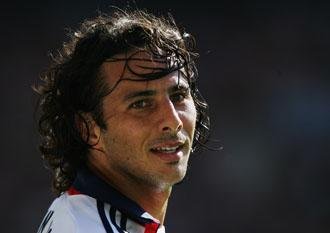 Werder Bremen coach Thomas Schaaf said that he has still not given up hope of bringing Chelsea striker Claudio Pizarro to the club this summer.

Pizarro scored 28 goals for Werder while on loan from Stamford Bridge last season, including five in the UEFA Cup and four on the way to victory in the DFB-Pokal.

Bremen are now back in talks with Chelsea about signing the 30-year-old on a permanent deal, and Schaaf said that he hope that Werder will get Pizarro. He also added that the club is considering areas that need to be strengthening and what players can help Werder with their quality in the long term.

However, the main issue blocking the transfer is the size of the fee as Bremen feel they are being priced out of the market.

Schaaf added that he can only do what werder can afford but said that Werder is doing all it can.

Schaaf also said that if the club cannot sign any more players, then he cannot do anything about it.