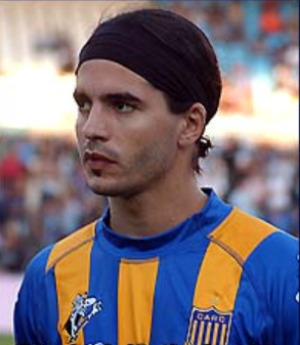 Premier League club West Ham United are reported to be keen to run the rule over Argentine striker Milton Caraglio.

The 21-year-old suffered a knee injury last season which kept him out of Diego Maradona’s squad for the World Cup Finals.

The 6 ft 1 striker is now reported to be fit and will join up with West Ham in order for them to assess his fitness.

It is reported that a provisional £5million deal is already in place with his club, Rosario Central.

Caraglio has so far played a total of 47 games for Rosario Central and scored a total of 11 goals along the way.