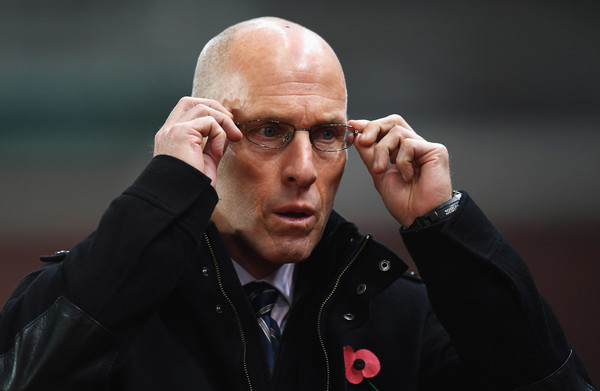 Several Premier League managers lose their jobs each season (eight managers during the 2015/16 season), as is the nature of top flight football.

Francesco Guidolin, following a dreadful start to the season by Swansea City, was the first Premier League manager sacked during the current campaign, but which manager will join Guidolin on the chopping block? 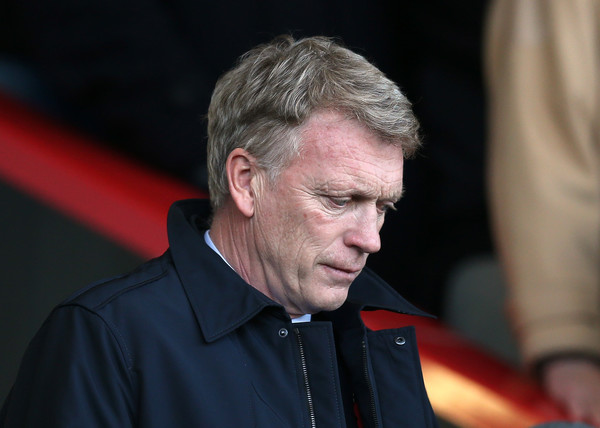 David Moyes has only been in charge of Sunderland for about four months, yet he has to be the hot favourite to be chopped first. His Black Cats are awful.

Moyes worked wonders at Preston and Everton earlier in his managerial career, but he has his work cut out for him at the Stadium of Light. Sunderland are rooted to the bottom of the Premier League with only five points from their first 11 games, thanks to a record of one win, two draws and eight defeats.

Since leaving Manchester United, Moyes has managed Real Sociedad and Sunderland for a combined 56 games, only winning 15 of those games, drawing 17 and losing 24.

The Black Cats are already six points adrift of safety, and while we may only be 11 games into the season, Sunderland looked doomed already. And that could spell the end of Moyes’ short reign.

Swansea City have already sacked one manager this season and could make it two if American Bob Bradley fails to turn around the Swans’ fortunes.

Bradley has vast managerial experience. He has been in charge of three Major League Soccer teams, the USA and Egypt, and French outfit Le Havre. Bradley has managed 276 games and won 99 of those, a winning percentage of 49.7. However, Swansea have only picked up one point since Bradley’s October 3rd appointment.

The Swans are second-bottom of the Premier League, level on points with Sunderland but placed one position higher due to having a slightly better goal difference. The Welsh club are without a win in their last 10 games and are probably heading back to the Championship, perhaps without Bradley at the helm. 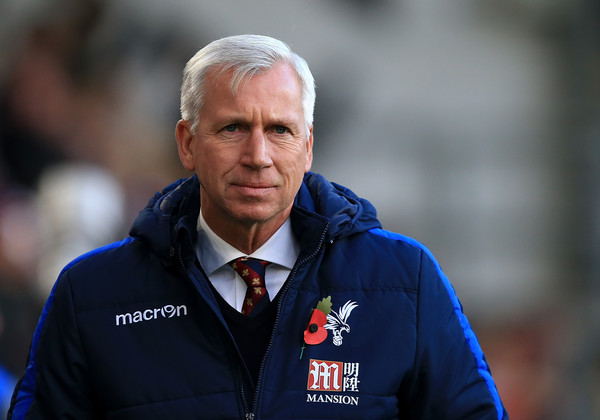 An outside bet in the sack race is Crystal Palace’s Alan Pardew. The Eagles seriously struggled for form towards the end of the 2015/16 season. And although they reached the FA Cup final, their season was otherwise a bitter disappointment.

The Crystal Palace Board backed Pardew financially during the off-season, spending more than £26 million on striker Christian Benteke, more than £13 million on Andros Townsend, and almost £10 million on defender James Tomkins. Most of that outlay was recouped through the sales of Yannick Bolasie, Dwight Gayle, Alex McCarthy, and Mile Jedinak, but Palace are struggling once more, languishing in 17th place in the Premier League and are without a win in their last five games, including a string of four consecutive losses.

Pardew usually has the fans on his side due to his history with the club as a player, yet I have the feeling that if the supporters start to turn on him, Palace’s senior management could step in and attempt to replace Pardew before the end of the current campaign. 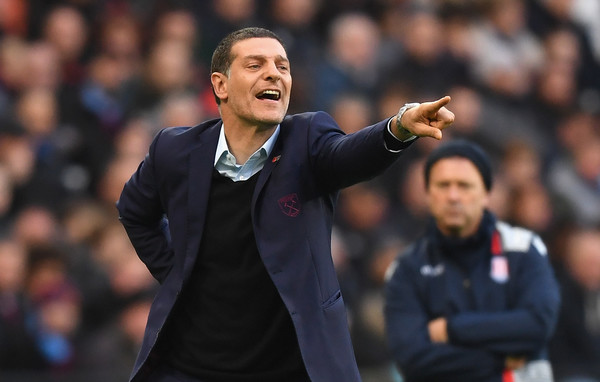 After guiding West Ham United to the FA Cup quarter-final and seventh place in the Premier League, with their records points total, it seems ridiculous to mention Slaven Bilic as a member of the could-be-sacked squad.

But here we are.

West Ham invested almost £53 million on new players in the run up to the 2016/17 Premier League season, but Bilic hasn’t been able to get them up to speed and his Hammers are currently fourth from bottom, only one point ahead of the relegation zone and Hull City.

The Hammers have a talented squad so many football fans will claim they are too good to go down, but the same was once said about Nottingham Forest when they slipped out of the top flight. Forest haven’t returned since the 1998-99 season.

Of the four managers mentioned, Bilic, who has a career winning percentage of 51.2%, is the least likely to be sacked but stranger things have happened in football.

Click here to find out more about betting on the Premier League.