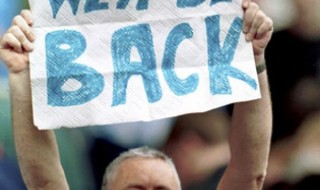 One of the most exciting things about the English Premier League is the relegation race that often comes down to the final matches of the season.

The extra incentive to watch even the worst teams in the league is part of what makes betting on the EPL so popular for online bettors. With so much at stake–be it the title, a UEFA spot, or Premiership survival–matches even at the end of the season are fiercely contested and online oddsmakers always do a good job of setting enticing lines that could go either way.

Those normally tight lines look they will only get tighter as this season’s relegation battle looks to be yet another fierce one with just nine points currently separating 19th place and 13th place.

All of this, along with the ease of using online casinos and sportsbooks, makes wagering on the English Premier League as popular as ever.

Below we have examined the form and remaining schedules of the most likely relegation candidates, so that you can make an informed wager on individual matches or on those relegation future betting odds commonly seen in online sportsbooks.

(points and standings as of February 1st)

Sitting in last place and 10 points from survival, things are looking bleak for one of the only seven clubs that has never been relegated from the EPL. Despite their anemic attack and woeful defence, Villa has at least one reason to be optimistic: new manager Remi Garde.

Since being appointed boss in November, the Frenchman has the Villians on a five-game unbeaten streak (two being cup matches), and was the same man behind West Brom’s 2005 relegation escape from a similar position in the table.

With a schedule that still features matches against fellow relegation candidates Norwich, Swansea, Bournemouth, and Newcastle, Villa still has plenty of chances to keep their no relegation streak intact for at least one more season.

Relegation Likelihood: Probable, but it’s hard to imagine the Premiership without them.

If we sound slightly optimistic about Villa, we feel the opposite toward Sunderland’s chances of survival. Also with a new manager (Sam Allardyce) that is intimately familiar with relegation battles, Sunderland’s schedule to close out the season certainly doesn’t do them any favors.

This includes a seven match stretch against all top half or near top half teams that could put the final stake in the Black Cats EPL coffin: vs. Man City, at Liverpool, vs. Man U, at West Ham, vs. Crystal Palace, at Southampton, and vs. Everton.

Across the Tyne in Newcastle, however, the Magpies will in a way be able to determine how many points they’ll need to survive, as their March and April slate is loaded with matches against other sides in the relegation mix (including a Tyne-Wear derby on Mar. 20).

That combined with two optimistic results in January (a win vs. West Ham and a draw with Man U) and the addition of two talented mids in Henri Saivet and Jonjo Shelvey at the transfer window makes us think that the Toon Army will guarantee themselves at least another season in the Prem.

Though their results the past several months have left much to be desired (especially a drubbing from fellow bottom feeder Bournemouth), an April stretch of Newcastle (H), Crystal Palace (A), and Sunderland (H), and Watford (H) could help the Canaries achieve the points needed to avoid parachuting straight back down to the Championship just a year after promotion.

Newcomers Bournemouth have made their Premier League presence known several times this season already, including during a December that included wins against Man United and at Chelsea. Those matches seemed to signify a turning point for the club that went nine matches without a win earlier in the season.

With a moderate schedule that includes several six-point opportunities against other relegation combatants, Bournemouth (along with Watford and Norwich City) could join the rare class of promoted teams to all stay up their first season back in the top flight.

Relegation Likelihood: Might depend on their final gameweek match up against Man U, who they beat earlier in the season.

Although they started the season strong, the EPL’s Welsh side has struggled mightily since November. Now on their third manager of the season in Francesco Guidolin (after the firing of Garry Monk and replacement of caretaker manager Alan Curtis), Swansea will try to recapture the form that had them as high as 5th in mid-September.

Relegation Likelihood: Hard to see them not doing just above the minimum of what they need to in order to survive.

Even though mathematically West Brom, Chelsea, and Everton are still technically relegation candidates (seven, seven, and eight points clear from the danger zone, respectively), it’d be a shock (and one that would pay out quite a bit at the sportsbook) to see either of these three clubs go down.

However, while Chelsea seems to somewhat be sorting out their follies, the struggle has been real for the Toffees and Baggies and safety shouldn’t be taken for granted just yet.