Who Is Takayuki Morimoto? And Why Does Sir Alex Want Him? 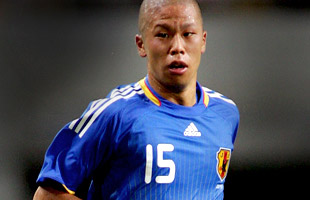 Takayuki Morimoto was born on 7th of May 1988 in Kawasaki, Kanagawa, Japan and is a Japanese international footballer who plays for Calcio Catania in the Italian Serie A.

Morimoto holds the record for the youngest Japanese player to make his professional debut and the youngest scorer in J. League history. He has been compared to a young Brazilian Ronaldo for the combination of his size, strength and speed.

It is now reported that Manchester United boss Sir Alex Ferguson is weighing up a bid for this young 21-year-old Japanese striker. 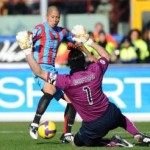 Lo Monaco also hinted that his club will cash in on Morimoto next summer and revealed they have already fielded offers from England and France for the youngster.

He said that the club will transfer him to a big club at the end of the season and that they are a small club and they can do nothing more for him.

He went on to say that the player has already received important offers from England and France this summer and that Sir Alex Ferguson highly rates him. 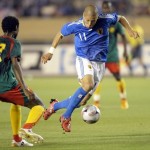 On 14 December 2008, Morimoto signed a new contract extension with Catania, a three-year deal lasting through 2011.

Morimoto has been experiencing a break-out season of sorts for Catania during the 2008-2009 season. As of 28 May, 2009, Morimoto has scored 9 goals in 23 league and cup games, while also being credited with several assists.

Brazilian and AC Milan superstar Alexandre Pato recently told Corriere Dello Sport that he believes Morimoto is the best young player in Serie A and has also compared him to Brazilian legend Ronaldo. 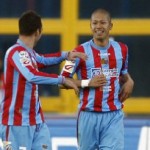 Takayuki Morimoto In Action For Catania

In 2008, he was a member of the Japanese national football team for the Beijing Olympics, where the team was eliminated in the preliminary round, losing all three matches and only managing to score one goal. 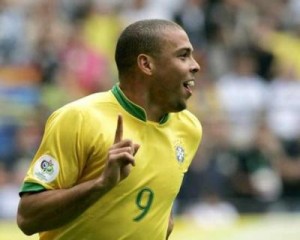 So do you think Takayuki Morimoto is the next Ronaldo(Brazil)???

No New Stadium For Liverpool Until The Global Recession Ends