Former Chelsea and Arsenal defender William Gallas has declared that he has no regrets over his move to Perth Glory. 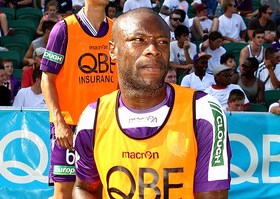 The veteran French defender made his debut for Glory yesterday in their 1-1 draw with Adelaide United.

“I never thought about hanging up by boots. I felt I could do another year at the same level in a team where I wouldn’t be under any pressure.

“If I stayed in Europe, I would have liked to join a club to be a substitute.

“Why didn’t it happen? You will have to ask them.”