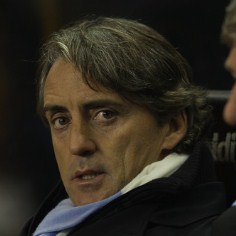 Manchester City changed their entire team but the goals flowed again as they demolished Wolves to reach the quarter-finals of the Carling Cup at Molineux.

City showed their tremendous strength in depth after Wolves, who also made nine changes, earned a shock lead through Nenad Milijas.

Three goals in four minutes before half-time from Adam Johnson, Samir Nasri and Edin Dzeko effectively killed off the tie.

It means City have now scored 45 goals in 15 games this season as they produced the same sort of clinical finishing evident in the 6-1 win over Manchester United at the weekend.

Wolves showed plenty of spirit but the gulf in class was massive and the will not relish having to face City again at the Etihad Stadium on Saturday.

I Wanted To Finish My Career At Arsenal! – Patrick Vieira