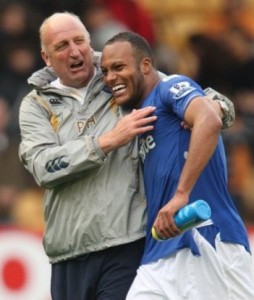 Portsmouth claimed their first points of the season after Hassan Yebda’s first-half header gave the Premier League’s bottom club a 1-0 win over Wolves at Molineux.

Yebda swooped in the 19th minute to break Pompey’s duck so far this campaign and hand manager Paul Hart a welcome three points.

Victory was not enough to lift Pompey off the bottom of the table, but the way Hart’s charges battled for the points during a second half in which Wolves laid siege to Pompey’s goalmouth will have given the manager much to take from the game.